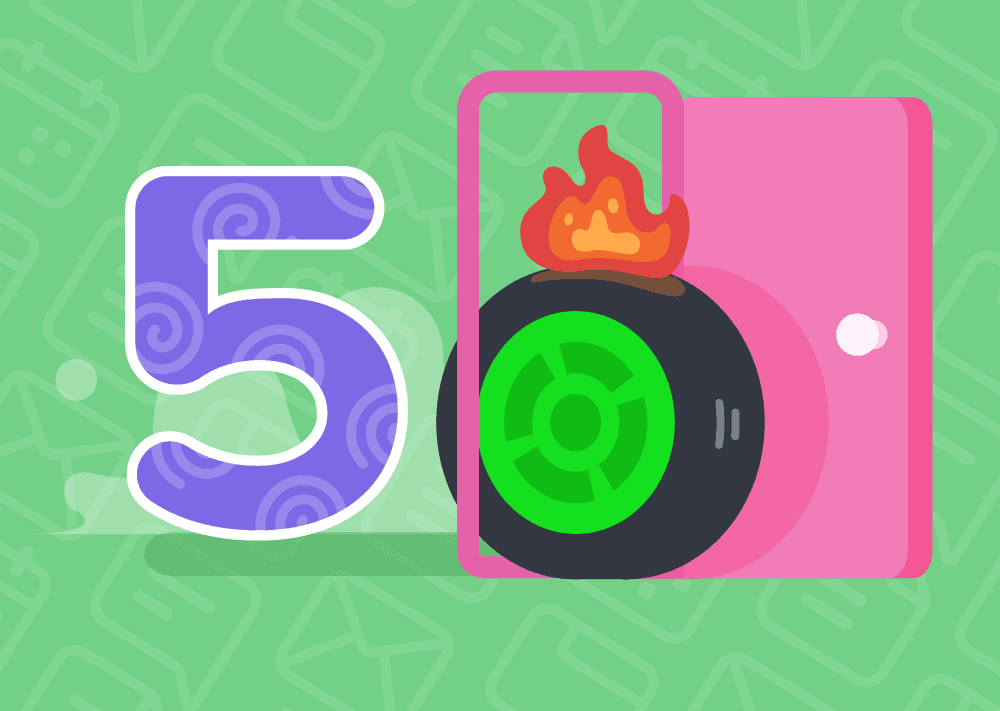 The thought of quitting your job pops up like a mole from the ground every once a while. We usually just ignore it. However, all of us have acted and will act upon it sometime. The reasons vary, and once the decision is made, they are also forgotten.

We seldom introspect the reasons that made us quit our jobs. In hindsight, everything seems to fall in place and no one likes to admit they’ve made a mistake. Often the reasons we give ourselves are a complex combination of several unconscious factors at play.

Can there be wrong and right reasons to quit your job? Definitely. Is there a way to standardize what reasons are good and what bad? Difficult because each job’s challenges and experiences are so unique that only someone in the middle of it can truly understand them.

This statement might feel like a paradox in a post titled “5 wrong reasons to quit your job.” But I’d like to clarify that these by no means are standard guidelines to be adhered to. These are simply nuggets of wisdom taken from the shared experiences of various professionals. If you’re planning on quitting your job, I hope these will help.

So let’s jump right in:

You are being bullied at work

Workplace bullying is astonishingly common in corporate culture. According to Forbes, 75% of workers are affected by bullying. It’s often hard to detect because workplace bullies work within the rules of the organization and usually have tacit approval from someone in management. Unlike school bullying, this one doesn’t involve physical intimidation but abusive conduct such as threat, intimidation, harassment and interference at work.

According to research by Career Builder, one in five workers quit their jobs because of bullying. This is unsurprising because of the stress and even trauma that bullying can cause.

However, if you’re looking to quit your job because of a workplace bully, think twice. This will not solve the root cause of the problem, as you might run into another bully at your next workplace. Bullying can only be eliminated from a workplace if its culture strongly prohibits it. However, positive company culture doesn’t drop like fruit from a tree. It needs to be enforced on the ground every day by every single team member. If you are bullied at work you owe it to both yourself and your organization to stop it in its tracks.

So, how to deal with a workplace bully? Balance careers has a great article on the subject. Follow a direct/confrontational approach and have zero tolerance for such behavior. If the one-one approach doesn’t work, escalate the matter to your manager and HR.

You don’t get along with your manager

It’s an age-old saying, people don’t leave their jobs, they leave their managers.  A manager is more than just a boss. They play an indispensable role in your daily life and career. When someone doesn’t get along with their manager, coming to work can become exhausting.  It’s totally reasonable to feel like quitting your job if you have a bad boss.

Before taking any action, it’s important to understand why you don’t get along with your manager. Is it because they demand too much and you’re not able to keep up, or is it because they just don’t like you personally?

If it’s your performance that’s causing friction between you two, talk to your manager about it. Ask for help before making any call. If it’s general discomfort, talk again and try to find the root cause of the problem. In any case, talk it out.  A mature manager would never hold that against you.

If you have a manager who despises you for no apparent reason and you haven’t been able to figure out even after talking to them, don’t give up. Discuss your situation with HR and give the organization a chance to help you. Remember, you are as much a part of the company as your manager. Don’t simply leave the organization because of one bad relationship.

Your company is going through a crisis

Every company, no matter how successful will occasionally face a situation that will make heads spin, morale low, and people quit.

Exhausting cash flows, legal issues, nosediving stock prices; a crisis can take a huge toll on the people in the company. Apart from the unusually high workload, it comes with stress and uncertainty about the future.

Employees often leave in waves. Crisis often acts as a trigger. There are rumors, almost doomsday like vibes at work. Before you know, your best friends at work are getting offers and some of them have already resigned. It just seems like a matter of time before you’ll take the plunge as well.

There seems to be a general consensus that unless you’re a C-level exec or senior manager, you rarely have a legal obligation to stay in a company during any crisis. Therefore, you shouldn’t feel guilty about leaving. No matter how much we sugarcoat it, leaving your organization during a crisis is equivalent to leaving a sinking ship.

It’s during times like these, an opportunity to grow both personally and professionally presents itself. If you stick around and help the organization overcome the crisis, you’ll give a major boost to your long term career prospects. If things don’t end well, you’ll still learn priceless things along the way that’ll help you in your next job.

If you are bored at work, that implies a few different things - 1) You’re not being challenged by your existing responsibilities. 2) You’re doing repetitive work 3) You are not growing in your job.

According to a survey by Everest College, 83% of US workers are stressed, primarily due to too much work. Being bored at work is a luxury.

That by no means implies that it’s an ideal state. We all want to be engaged and excited at work. However, it’s important to understand that no matter what your job is, it’s natural to experience phases where things move slower than you’d like. If you’re bored at work, there are plenty of actions you can take before deciding to quit.

Be candid with your manager. Tell them that you are bored at work and want to do more meaningful work. As discussed in our previous post, every organization has gaps to fill - opportunities that no one’s paying much attention to. If there’s any area of business that excites you, tell your manager you want to be involved in projects related to that. Organizations are increasingly getting more flexible with their structures and hierarchies. For example at Taskworld, we encourage our team to get involved in any project they would like. It’s quite common for our web designers to gain knowledge in product and UX. Not only it encourages synergy across teams, but it also keeps people engaged.

Only if you realize that despite making all efforts your company is unwilling to expand your profile, you should consider looking for a new job.

You’re having drinks with your ex-colleague who just joined a new company. He can’t stop talking about his new job. The pay is better, the work-life balance is great and the boss is super nice. Your enthusiasm for your own job goes down a bit. It’s supplemented by a mild form of envy.

While it’s natural to experience jealousy, we should always be careful about acting upon it. Everyone has different career trajectories, even in the same company. Just because an opportunity panned out to be better for someone else, doesn’t mean it will work for you too. While there’s nothing wrong in pursuing a better opportunity, it shouldn’t be based on your own gut and not jealousy.

In the age of social media, this jealousy gets amplified. Pictures of business trips to Tel Aviv, annual parties on the beach and shiny happy people gleaming past the LinkedIn feed can make you feel sad about your job. But remember, you don’t know what happens behind the scenes. Every “happy” team has their share of frustrations that aren’t shared on LinkedIn with similar enthusiasm.

I know what you’re thinking. Why haven’t we discussed the #1 reason why people quit their jobs - money. Is it a terrible or a good reason to quit your job?

Well, this one’s a tough nut to crack. I can say that money shouldn’t be a factor to quit your job but who am I fooling...it’s just not practical. It really depends on your personal situation, career stage, interests and more importantly the new offer. This is something very personal. Don’t take anyone’s advice on it. Don’t feel guilty about making any call based on money. Only you know how much it matters to you.